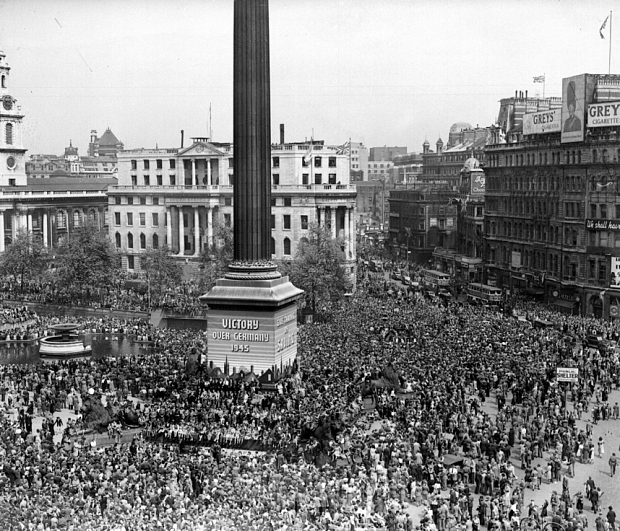 May 8th, 2020 marks the 75th anniversary of Victory in Europe Day (VE Day). On this day we celebrate the unconditional surrender of the Nazi’s, but it is also important to remember that Japan didn’t surrender until august 15th 1945.

In this special VE Day post we wanted to remember some of the women that helped the Allies to win the war, and to share some of their stories. As with the First World War, women wanted to do their bit to help the war effort but by 1941 it became clear to the government that even the volunteer numbers wouldn’t be enough to plug the gaps in industries where men had left in order to join the war effort and so women, like men were conscripted. They were able to choose from a variety of roles. Many joined the 3 women’s services- The Auxiliary Territorial Service, The Women’s Royal Navy and the Women’s Auxiliary Air Force, for the younger women these services provided an opportunity for them to leave home for the first time and give them some adventure. Other’s joined the Women’s Land Army who helped to increase Britain’s food production while others went to work in factories to help building the machines of war that were desperately needed to defeat the Nazi’s

During the Second world War, some women were chosen to work in secret at places such as Bletchley Park while others were specially selected by the Special Operations Executive (SOE). The SOE was formed following the fall of France in 1940, when Prime Minister Winston Churchill tasked Hugh Dalton to ‘set Europe ablaze’. The Director of Operations Brigadier Colin Gubbins’s approach to warfare did just this, blowing up trains, bridges and factories as well as fostering revolt and guerrilla warfare in enemy-occupied countries.

Some of the women chosen by SOE played an important role in D-Day operations – Operation Jedburgh was one of SOE’s most important missions. Working with Americans from the Office of Strategic Services agents were dropped into Northern France by parachute under the cover of night, their role was to move among German troop formations and radio information that may make a difference in the upcoming battle as well as leading local resistance forces in actions that delayed German troop deployments. The women selected came from all different backgrounds. Some had worked as clerks, others as balloon operators, flight mechanics or even station wireless operators.

Maureen “Paddy” O’Sullivan was one of these incredibly brave women:

Maureen was born in Dublin in 1918 to an Irish Journalist father and English mother. At the age of 7 Maureen was sent to live with her aunt in Belgium,where she attended a convent school at Courtrai learning French, Dutch, Flemish and German.

In July 1941 Maureen volunteered to join the WAAF. By the spring of 1943, she was a Corporal based at RAF Compton Basset in Wiltshire and while posted here she came to the attention of the SOE who were impressed with her background and linguistic skills.

Following her training, on March 22nd, 1944 she parachuted into France. She was to act as a wireless operator for a British officer working with French intelligence near Limoges. On landing, weighed down by a large sum of francs, Maureen hit the ground hard, believing for one terrifying moment that she had broken her back before passing out. Luckily when she came round she was face to face with a friendly French cow and not a German officer. Along with money, Maureen had also brought 22 containers of weapons and equipment for a French Resistance unit that until then had nothing more than a couple of pistols and torches. She served as a wireless operator for the Resistance for 7 months and in this time, she was tasked with delivering and collecting messages from colleagues in a 30 mile radius of Limoges. Danger lurked everywhere and she was stopped by German officers on more than one occasion only to cleverly avoid capture. One memorable encounter saw Maureen leave with a date with an officer later that week. Cycling along a country road with her radio covered in the basket she was stopped at a German checkpoint, unable to turn around to avoid them she approached the officers confidently chatting with one of them who quickly asked her on a date. The man, intending to look in the basket containing the radio was stopped only by the arrival of another officer who jokingly called out in French “you resemble a German young lady”. Seeing the opportunity that the interruption had given her she replied that her mother had been German but had died when she was only an infant, opening up conversation for the group with the men speaking German and Maureen responding in a mix of Flemish for around half an hour resulting in the officers forgetting their earlier task of searching her belongings.

By October 1945 she held both an MBE and the Croix de Guerre from the French. Maureen passed away in 1994.

It was not only women that were sent abroad that faced danger, women on the Home Front also had to face danger, not only were bombs dropped onto the streets by the German Luftwaffe. When women were conscripted into the war effort at the end of 1941, the munitions factories needed some 1.5 million women to cover the losses of men being called up for front line duty. The work was far from safe, at any moment there could be an accident with potential to blow the factory to smithereens, and accidents with explosives wasn’t the only risk. Jackie Hayms’ book Bomb Girls – Britain’s Secret Army: The Munitions Women of World War II, explores the hidden history of the women that worked in the munitions factories, like many other wartime roles, work in the munitions factories was highly secretive.

During the Second World War there were 4 different types of munitions factories:

Working with tetryl, a highly sensitive yellow powder that was used as an explosive component to the pellets was known to affect skin and the women that had contact with this became known as “Canaries” or “Yellow Ladies” because it turned their skin and hair a yellow hue, many suffered with breathing problems due to the chemicals that they were working with or saw skin problems emerge and in some cases even lost teeth.

In 2012 that the women that had worked in the factories during the Second World War were finally recognised at the Remembrance Sunday commemorations at the Cenotaph for the first time. Margaret Proudlock, 89 at the time travelled from Scotland to lay a wreath at the memorial, during the war she had worked in the munitions factories. She had wanted to do her bit to help, one of her memories was when she was just 18 and saw her cousin’s boyfriend stagger from the building after an explosion. She told her interviewer that it just wasn’t something that you would forget.

While history remembers the names of men and the numbers that were killed, on the 75th anniversary of the end of the war in Europe, we wanted to remember the little known women that contributed what they could to the war effort whether that was as a spy or a factory worker, women contributed greatly to the war effort and some historians have argued that without the help of women Britain may not have been able to win the war. We would agree.

We are excited to announce we now have our own website, as well as the Hidden Matriarch content, you will find our podcast and two new sections. The first, Historic Housewife provides a lighthearted look into the role of women as the “housewife” with topics from food to health and beauty, childcare to historic cleaning hacks. The second is,  Sagas of She After Dark explores the darker side of history from cults to ghost stories, no topic is off limits. Told through feature length podcasts and videos. Warnings for blood guts, and gore galore! Find us at www.sagasofshe.co.uk

The Irish Times ‘By the full moon they flew: Irishwomen in the Second World War’ https://www.irishtimes.com/life-and-style/by-the-full-moon-they-flew-irishwomen-in-the-second-world-war-1.1468918

Richard Doherty In the Ranks of Death: The Irish in the Second World War. (Available on Amazon)